A Tesco study has revealed the average British family wastes approximately £800 of edible food a year, prompting a sustainability partnership between the grocer and Unilever.

The study also showed that around three quarters (77%) of UK households say they throw away unopened of unused food and over a third do so on a monthly basis.

On top of this, half a million people have been throwing away food they forgot to eat or never opened – on a daily basis. 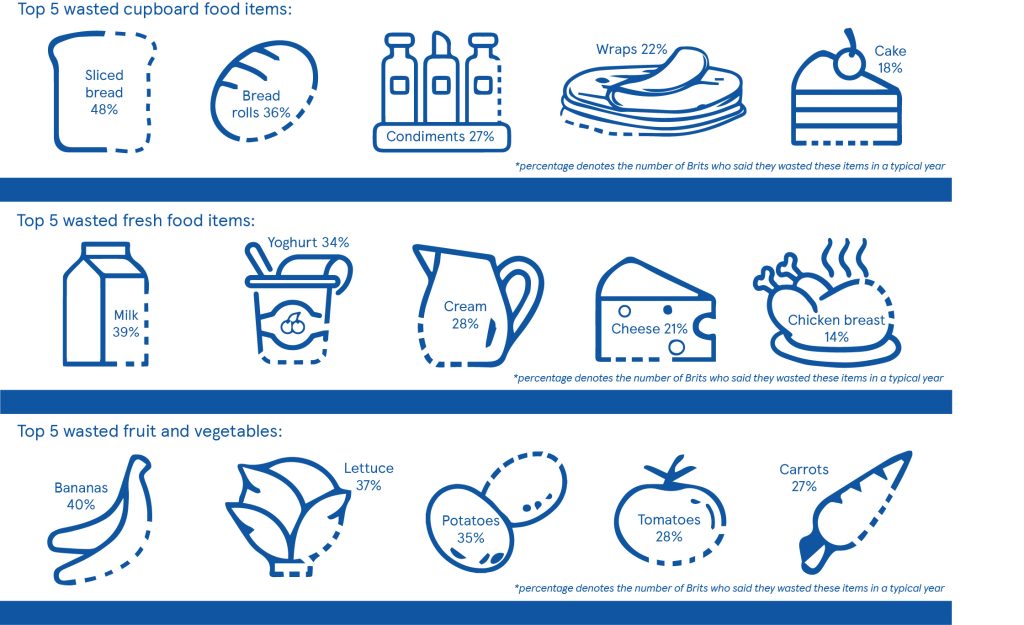 Coupled with the cost of living crisis, food waste habits have seen three in five (61%) plan to shop more carefully and only buy what they need.

Additionally 45% are willing to take steps to reduce the amount of food they waste at home. However the lack of time, planning and understanding about expiry dates and cooking has been an obstacle.

As a result, Tesco has partnered with Unilever brand Hellmann’s with their “practical food waste” handbook and hacks to create a “Use Up Day” campaign which encourages the nation to cook a meal once week with food they already have in their kitchen.

A recent study by Hellmann’s also revealed that average family could reduce the amount of food thrown away at home by a third and save a third of waste per year by adopting the “Use Up Day” hack.

The study also showed that taking up the “Use Up Day” advice could lead to saving a potential £260 a year.

The news comes after Stop Food Waste Day on 27 April, which hopes to educate and encourage shoppers to reduce waste as 71% occurs in the home.

“We know that right now every little helps that’s why we are launching our ‘Use Up Day’ campaign to help our customers spend less and cut waste by using food already in their kitchen,” Tesco campaigns director Kene Umeasiegbu said.

“We recognise that lack of time and the perception that you need to be a skilled cook can be a barrier to taking action. It’s why a ‘Use Up Day’ is straightforward and easy to implement – using recipes that are quick, tasty and help you make your food go further today.”

Unilever shopper marketing director for UK and Ireland Katharine Crossland added: “Small changes in our behaviour and simple interventions, such as committing one day a week to using up leftovers, all add up.”

“It’s great to partner with Tesco on this campaign – every morsel of good food that is used up, rather than chucked out, is better for our planet and our wallets.”