Haribo could be one of the early casualties of the HGV driver shortage as the confectionery giant revealed it was struggling to supply sweets to shops.

A spokesperson said that, like many manufacturers and retailers, it was “experiencing challenges” with making deliveries.

Haribo is now reportedly “working with partners across the food and drink industry” to sort out the problem.

The Road Haulage Association (RHA) has warned there is a “catastrophic” shortfall of around 70,000 lorry drivers.

It estimates around 30,000 HGV driving tests did not take place in 2020 because of the Covid-19 pandemic.

Recruitment and Employment Confederation deputy chief executive Kate Shoesmith told the BBC that many lorry drivers had been EU nationals who left when coronavirus struck.

“They have either sourced work in their home countries or they feel it’s not right to return to the UK, either because of Brexit or the pandemic,” she said.

The Department for Transport said it was aware of the driver shortage, and was making progress with HGV driving tests and recruitment.

One source at the meeting claimed Vere thought the sector was “crying wolf”.

“We have heard this three or four times before and the world didn’t fall apart last time,” she reportedly said.

The news comes just weeks after Haribo revealed it would invest £22 million in its Castleford factory in West Yorkshire.

The site produces 30,000 tonnes of sweets every year. 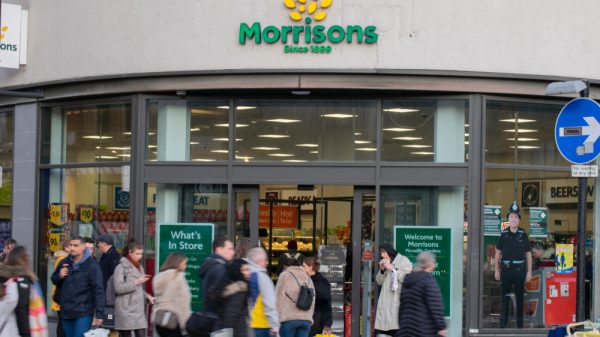