In his new position, Lewis will take charge of the consumer healthcare business it plans to spin off next year.

GSK told investors this morning that Lewis, who left the UK’s the Big 4 grocer in September last year, will take up the role from January 1.

Since leaving the Big 4 grocer, he has joined the board of FMCG giant PepsiCo and became chairman of wildlife charity WWF-UK.

In October, he was also appointed by Prime Minister Boris Johnson to advise the government on how to tackle the supply chain crisis which had resulted in staff and labour shortages across the UK.

The appointment comes as the group’s consumer healthcare business, whose brands include Sensodyne toothpaste and Panadol paid relief, is set to demerge from the wide group in “mid 2022” and list separately on the London Stock Exchange.

Analysts have predicted that the spin-off, which is a joint venture with Pfizer and secured more than £10 billion in sales last year, will be worth around £45 billion.

“I am looking forward to being part of its exciting future as an independent company and the very positive impact it can have on people’s health all over the world.”

GSK chairman Sir Jonathan Symonds added: “I am delighted to welcome Dave as chair-designate of the new consumer healthcare company.

“He brings outstanding global consumer and retail sector experience that will be of valuable support to Brian and the management team as they deliver the full potential of this new world-leading consumer healthcare company.” 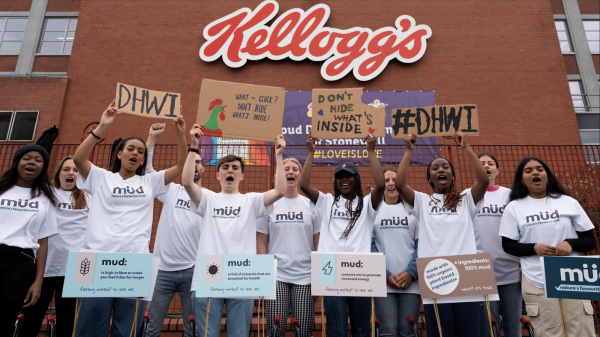