Gopuff heads back to the future with new grocery stores

Delivery giant Gopuff has started opening stores across major US cities, a move hailed by commentators as a return to old-fashioned grocery shopping.

Its proposals ditch the supermarket “self-service” format, and will instead see workers fetch in-person orders from a stockroom.

The locations will also act as “dark stores”, meaning couriers can pick up online orders and deliver them to customers.

According to Grocery Dive, Gopuff is creating the sites in San Francisco and its home city of Philadelphia.

A spokesman for the startup said that stores had already opened their doors across Florida and Texas.

The 12,000-square-foot San Francisco plot will be open to the public from 9am to 6pm, and deliver orders 24 hours a day.

Less is known about the Philadelphia site, but planning applications show it will be 23,700 square foot.

Gopuff has hit the headlines this year with its move into Europe, buying UK-based grocery services Fancy and Dija.

If the new stores catch on with US shoppers, it seems likely that they could head across the Atlantic.

Its acquisitions mean Gopuff has a presence in London, Manchester, Paris, Madrid, Valencia and a handful of smaller locations. 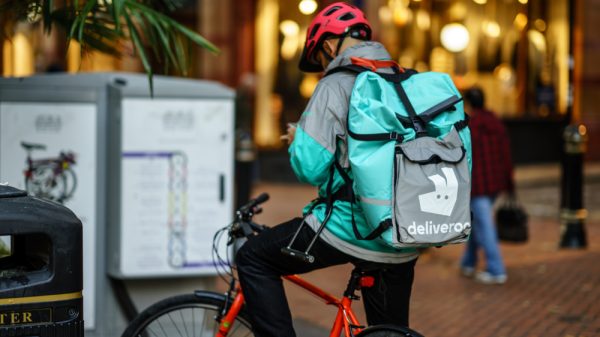 How Gopuff is fighting back against the rapid grocery delivery crash