The boss of the Co-op, Steve Murrells, and former chief of Asda, Roger Burnley, have received honours for their actions to keep supermarket shelves stocked  amid the Covid-19 pandemic.

As a result, the pair will made CBEs for services to the food supply chain, the government has said.

Fresh products, which includes  poultry, saw particular pressure in the summer before the government issued emergency visas for workers in supply chains.

Murrells has led the Co-op since 2017, having previously been the chief executive of its retail arm for five years.

“It is a great honour to receive this award, which reflects and acknowledges the journey our Co-op has been on in recent years,” he said.

“Every day we are making a positive difference to the lives of millions of Co-op members, customers and the communities in which they live.

“This award recognises the broader social impact a strong and vibrant Co-op can make within society, and the tireless support of 60,000 incredible Co-op colleagues in making this happen.”

However, Burnley stepped down as chief executive of Asda earlier this year following its £6.8 billion takeover by the Issa brothers and TDR Capital. He initially joined the company in 2016, holding the position of deputy chief executive officer and was later promoted in 2018.

Burnley added: “I am incredibly proud, and humbled, by this recognition. Everyone in the UK food industry has done an amazing job against the relentless backdrop of the Covid pandemic and no one more so than our fantastic Asda colleagues, who have worked tirelessly and selflessly throughout to feed the nation.”

Asda’s owners Mohsin and Zuber Issa concluded: “We’re delighted and incredibly proud that once again our great business has been recognised in the New Year Honours list.

“We are constantly impressed by the hard work and dedication of all the team here at Asda and these Honours are well-deserved recognition – not just of Roger and Jo – but of everything everyone at Asda has done throughout the pandemic to support the communities they serve.” 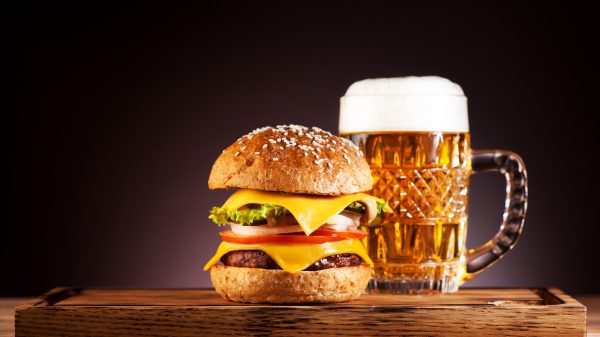