Demand for food delivery rose dramatically during the Covid-19 crisis and the service became a lifeline for the food industry.

In the first quarter of 2021 alone, Just Eat reported a 79 per cent surge in orders and Deliveroo saw an 88 per cent jump respectively.

Consumers are now accustomed to speedy home delivery and moving forward, it is set to remain a lasting fixture in the dining and grocery landscape.

With the market continuing to grow, several on-demand grocery companies including Getir, Weezy and Gorillas have popped up in the UK this year.

But just how sustainable is the industry?

Carbon emissions produced during the food’s journey from the store to your doorstep, plastic waste and discarded food are just some of the concerns.

While the likes of Deliveroo and Getir and its convenience, what are the environmental implications of this on-demand delivery? How do the main players fare against each other?

In 2019, Deliveroo teamed up with electric moped rental company Elmovo, allowing its riders to rent a zero emission scooter.

The low carbon electric vehicles were introduced in a bid to reduce air pollution and cut emissions in London.

Over 500 riders registered for the scheme in 2019. However, there is little data on how many riders currently use the e-scooters.

While a promising step, there are 50,000 riders in the UK and motor-powered vehicles are still dominant.

The delivery service also gives customers the option to decline plastic cutlery from restaurants, to cut down on excess plastic.

However, individual restaurants are still able to choose how they package their food, with plastic containers being the most common option.

With grocery delivery making up over 10 per cent of Deliveroo’s revenue, the company also recently launched its new rapid grocery service with Morrisons, ‘Deliveroo Hop’,

They deliver from 4,600 supermarkets and convenience stores across the UK and are competing with the likes of Jiffy, Getir and Weezy.

However, the emphasis has so far been on the promise to deliver ‘in as little as 10 minutes’, rather than sustainability efforts.

To reduce emissions in urban areas, the company has partnered with Super Soco CPx electric scooters.

In an effort to reduce its carbon footprint, Getir provides each rider with an electric scooter or bike, which can be used for long periods of time and carry up to two batteries.

Gorillas is another London-based fast-paced grocery delivery service that claims to prioritise local produce and communities.

The company says it has various schemes in place to ensure sustainability.

This includes partnerships with Too Good To Go and Waste Warriors of London, two initiatives that target food waste by allowing customers to pick up unsold food from shops and restaurants.

Gorillas also use minimal plastic, none at all where possible, when transforming fresh produce and riders use electric bikes to reduce carbon footprint

The rapid delivery service has also donated hundreds of meals to The Felix Project, a charity that fights food poverty and waste by providing surplus food to those in need.

In 2018, Just Eat stopped selling all single-use plastic items in its shops and added a pre-ticked box on its platforms suggesting customers opt-out of receiving extra plastic such as cutlery, straws and sachets.

In addition, this month the company announced a three month trial with reusable packaging system ClubZero.

The trial will see the customers of six London-based participating restaurants use a return system that permits packaging to be collected or dropped off using the ClubZero app.

If successful, the program will be rolled out nationwide, aiming to reduce the estimated 500 million plastic containers in UK landfills.

Since merging with takeaway.com last year, Just Eat has also conducted a thorough analysis of its carbon footprint and will set further carbon reductions this year. 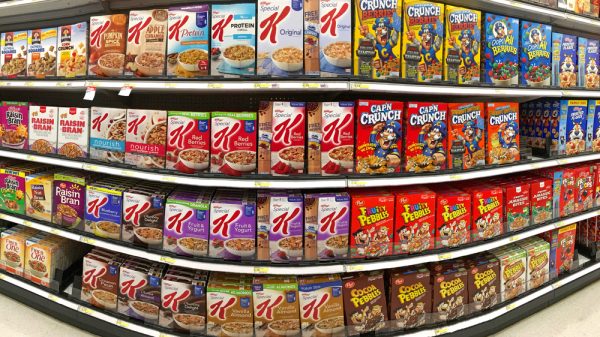