Refillable stations have come a long way since their launch in a quiet university town two years ago.

When Waitrose started selling unpackaged pasta, rice and cereals in Oxford, it triggered a wave of interest and initiatives among British supermarkets.

There’s still a way to go before they become commonplace, but the stations have gathered a lot of momentum in recent months.

Trials look set to become more established, narrow product ranges could expand to cover all sorts of household goods, and the current scattering of packaging-free programmes might one day be within reach for every shopper.

So exactly how far have supermarket refillable stations come in the past few years?

Viewed as the forerunner of packaging-free supermarket products, Waitrose claims strong sales have allowed it to expand its “Unpacked” selection.

They can also get hold of sultanas, raisins and other dried fruits.

In the Wallingford branch, the packaging-free items have been moved out of standalone stations and into regular aisles, which has reportedly increased sales by a fifth.

“We are really beginning to find some momentum with customers,” Waitrose sustainability director Marija Rompani says.

The German retailer claimed to be the first discounter to introduce refillable bays when it brought them to its Ulverston store in Cumbria.

If the scheme catches on with customers, Aldi could extend the programme across the country, claiming the move would save 130 tonnes of plastic every year.

“We will use their feedback to inform any future plans around refillable products.”

So far, Sainsbury’s forays into refillables have been towards the limited end of the supermarket spectrum.

From February this year, Harringay shoppers have been offered Ecover cleaning products in bottles which can be reused up to 50 times.

The initiative could supposedly save over a million tonnes of plastic per year.

This won’t just be available to Londoners, as the supermarket plans to bring this to a further 19 shops – as long as the trial proves successful.

However, it is unclear how much progress the Big 4 grocer has made since its Autumn announcement.

Central England Co-op is one of the relatively few grocers to move into packaging-free beauty products.

From September the store will also sell shampoo and conditioner, plus washing-up liquid, as part of a deal with Suma Wholefoods.

“Zero waste has seen a rise in demand over the last few years, as more consumers look for alternatives that are good for the environment and the pocket,” Suma account manager Johnny Spencer notes.

Asda started selling packaging-free products in 2020 at its Middleton store.

A total of five shops have seen refillable stations installed, the largest of which can be found in York, where shoppers have the choice of 18 bays.

The Milton Keynes branch stands out for selling pet food, detergent and toiletries in regular aisles a la Waitrose.

“Our ultimate goal is to make refill and reuse a part of every Asda shopping trip,” sustainability director Susan Thomas claims.

Refillable packaging has taken a while to filter through to Tesco’s supermarkets.

That changed last month when Tesco announced it would bring the programme to its physical stores.

It has not yet revealed which locations will take part or when the refillable stations will be installed.

The supermarket has brought its “Fill Your Own” programme to a total of 11 stores – more than anyone else on this list.

Having tripled its number of refillable locations in June, the grocer believes it could save around 300,000 pieces of single-use plastic over the next year.

It is also planning to widen its range of products in the coming months.

By Autumn, customers may be able to buy wasabi peas, dried mango and apple, cashew nuts and giant wholewheat cous cous by the refillable sackful. 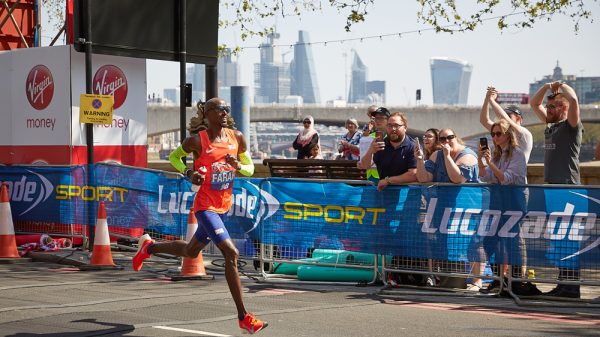 Sainsbury’s commits to support staff ahead of Living Wage vote